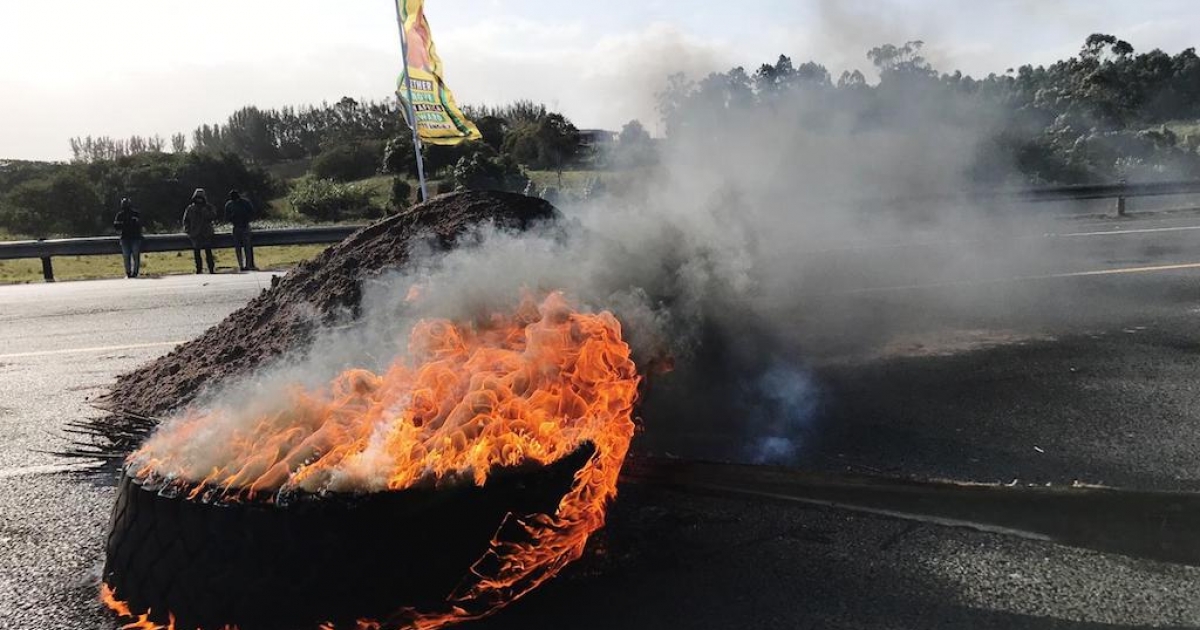 Zuma incarceration: Roads shut down due to protests

DURBAN – A number of protests are taking place in various parts of KwaZulu-Natal on Friday.

Supporters of former president Jacob Zuma want him free and out of prison.

Zuma has spent his second night in jail as part of his 15-month sentence handed down by the Constitutional Court for contempt.

Dasen Thathiah shares more details in the video above.

A few police officers have arrived and the crowd has left. Traffic on…