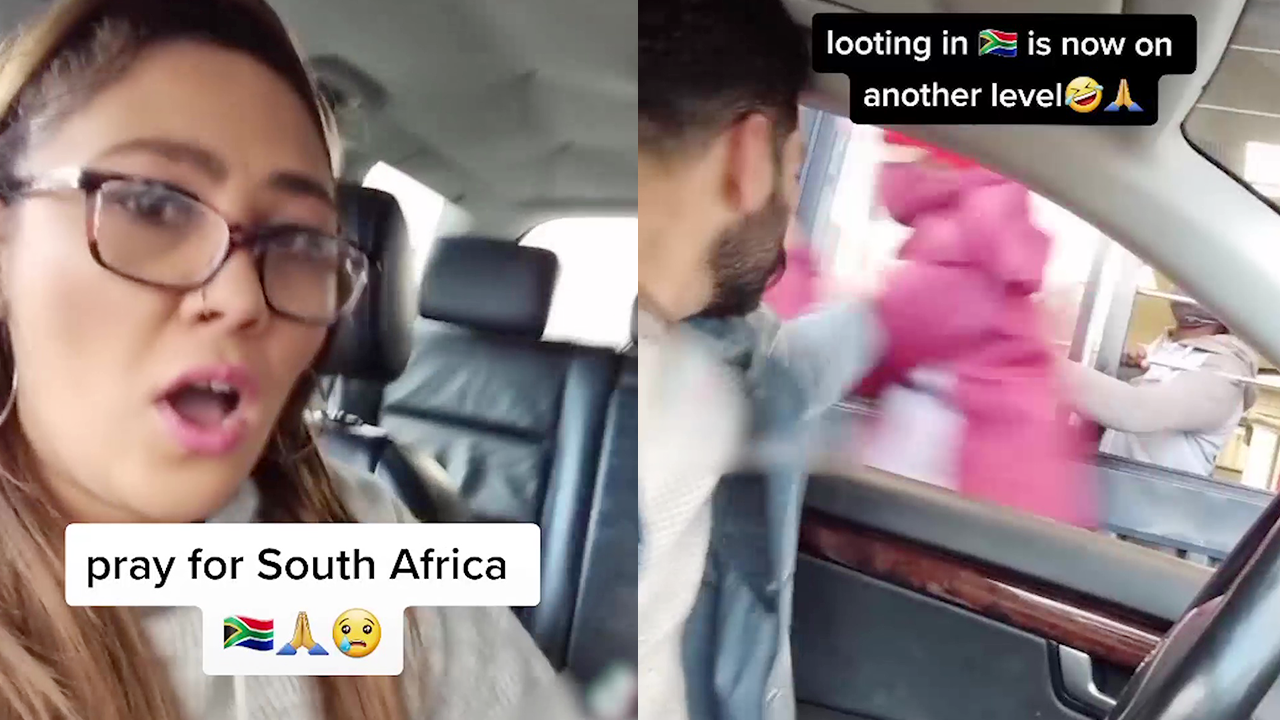 ‘Footage emanating from Somerset West, South Africa shows a couple making light of the ongoing events in the country. The video features Aisha Wasim and her husband, Wasim Younas pretending to freak out over a looter snatching their food from the drive-thru. Aisha wrote: “Some humor on the current looting situation in South Africa that is so ridiculous.” Riots in the country were triggered following the arrest of the former president, Jacob Zuma. So far, over 1200 arrests have been made….