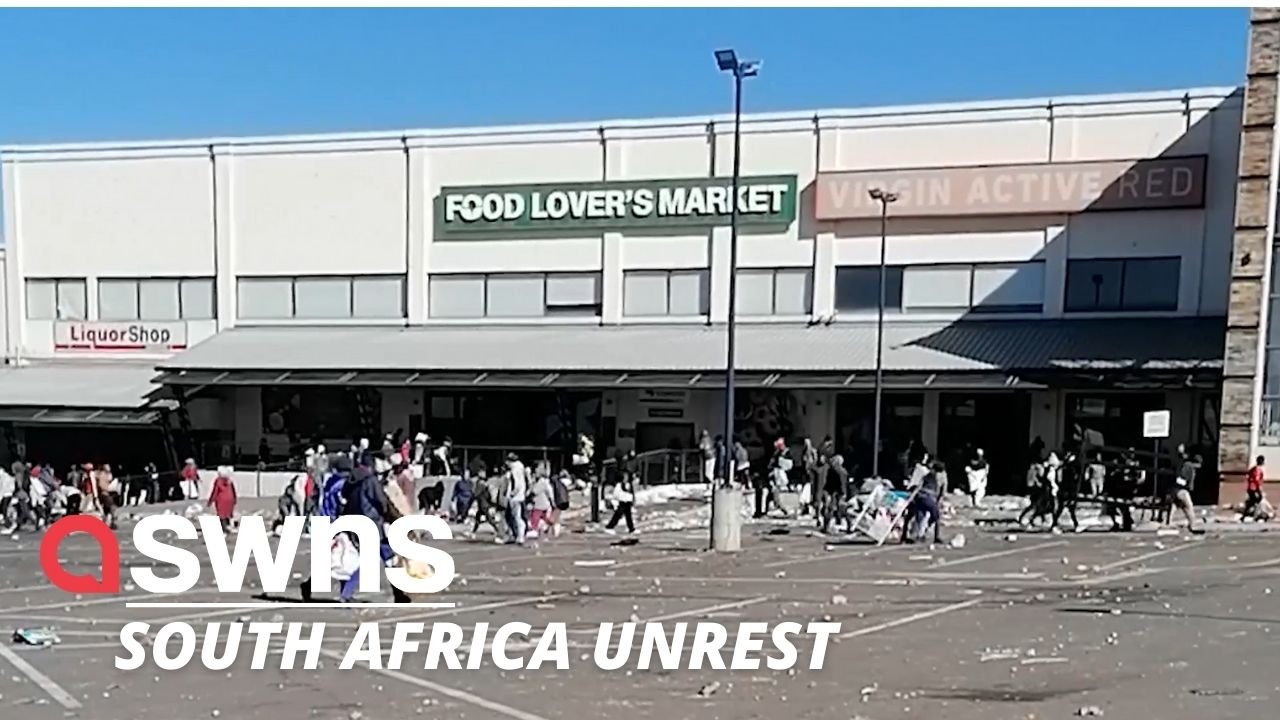 This shocking video shows a crowd of people looting a shopping centre as unrest grips South Africa. At least 30 people have now died in violent protests and riots that have swept through parts of the country since former President Jacob Zuma handed himself in to police last week. Almost 800 people have now been arrested in relation to the outbreaks. And video footage captured today (13/07) by local journalist Ripfumelo Bayoli shows a large crowd of people looting goods from Jabulani Mall in…

Top Celebrities Who Has So Far Reacted To Quamina MP Acc!dënt And His Father Dëäth