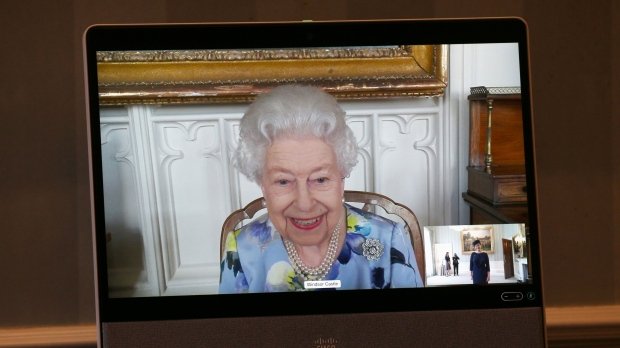 Queen Elizabeth II was seen smiling in one of her first engagements following the funeral of her husband, Prince Philip.

The monarch conducted two virtual audiences via video link from Windsor Castle with ambassadors from Latvia and Ivory Coast on Tuesday, 10 days after the funeral of her husband of 73 years.

Images shared by the Royal Family’s official Twitter account showed the Queen wearing a pale blue floral dress and a pearl necklace during the meetings.