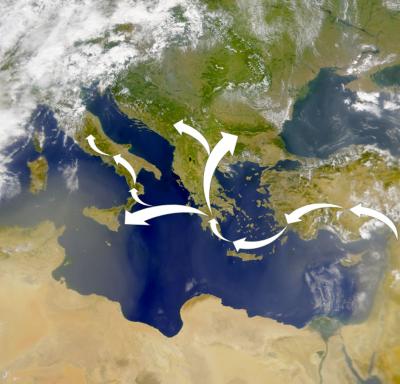 SEATTLE, WASHINGTON—An international team of scientists led by George Stamatoyannopoulos of the University of Washington looked at genetic markers in 32 modern populations from the Near East, North Africa, Anatolia, the Aegean Islands, Crete, mainland Greece, and Southern and Northern Europe. They compared the frequency of single nucleotide polymorphisms, also known as SNPs or “snips,” in these populations to track the flow of genes between ancient migrating peoples and native…