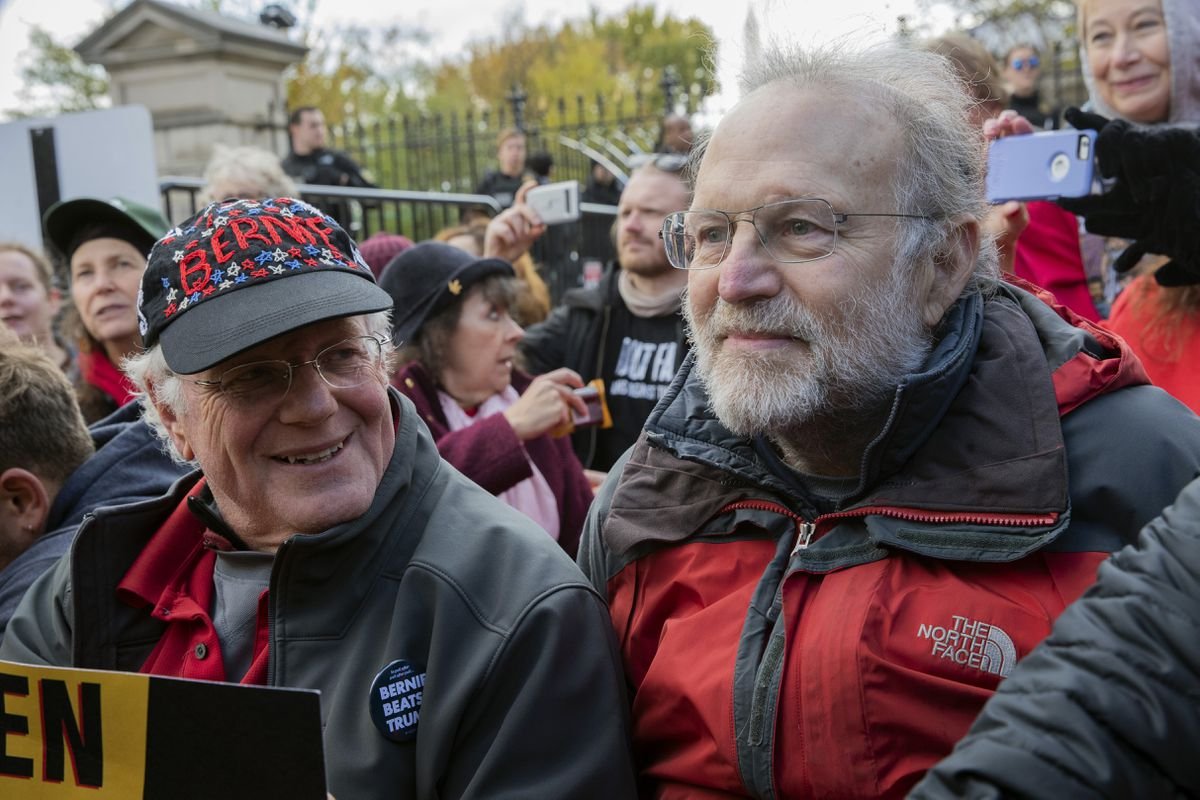 In this Nov. 8, 2019 file photo, Ben Cohen, left, and Jerry Greenfield, co-founders of Ben & Jerry’s ice cream, attend a protest in Washington. The Vermont-based Ben & Jerry’s has always been known for promoting social causes as much as its flavors of ice cream, but few have attracted as much attention as its decision to stop selling its ice cream in the Israeli-occupied West Bank and contested east Jerusalem. (Patrick Semansky/AP)