Daddy Lumba: Musician Opens Up on Being Bedridden for over 5 Years in Touching Video

PAY ATTENTION: Сheck out news that is picked exactly for YOU ➡️ find “Recommended for you” block on the home page and enjoy!

Ghanaian Highlife legend Daddy Lumba, born Charles Kwadwo Fosu, has opened up about being bedridden for five years, which inspired one of his famous songs.

The celebrated musician pondered over his life on his 58th birthday on September 29 in an interview.

He detailed that friends who promised to be there for him when he fell sick were not around. He recalled that after his mom passed, he fell sick, saying what he went through inspired Ye Ne Wo Sere Kwa, one of the songs on an album he released in late 2011. 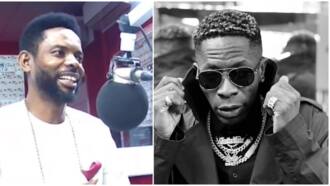 ”I was sick for about five years … and on my sick bed, it dawned on me that people loved me but at that point, I was alone and wondering why,” he said.

He stressed that one may have people around them and even family, ”but you will be shocked if you have to sit in a wheelchair for 10 years”.

”You will realise that what I said is true. I have been through it, so if I am saying this, you have to believe me,” he added.

Daddy Lumba said fame and money attracted the crowd to him but he was left alone on his sick bed, saying he realised not everyone truly loved him.

Watch the video below:

Separately, YEN.com.gh reported that Maame Achaa overcame a near-death experience after being hospitalised and has showered praises on her supportive husband, Gaitu Mawuli Sampson, for being with her throughout. 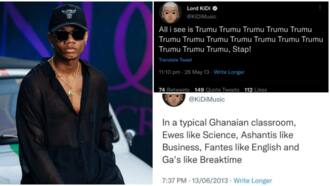 KiDi shows remorse for old offensive tweets to Asamoah Gyan, Delay, others: “I was already dealing with a lot”

The Ghanaian woman was hospitalised on September 24, 2020, two weeks after her second cesarean section (CS).

”I was hospitalised on 24/09/2020 exactly 2 weeks after my second CS, I was in an almost 7-hour surgery on 25/09/2020 … I woke up with a blank memory, not knowing whether I was going to live or die, where I was, or who the man sitting beside me patiently adjusting my hand so my blood transfusion will run well was.”

New feature: Сheck out news that is picked for YOU ➡️ find “Recommended for you” block on the home page and enjoy!