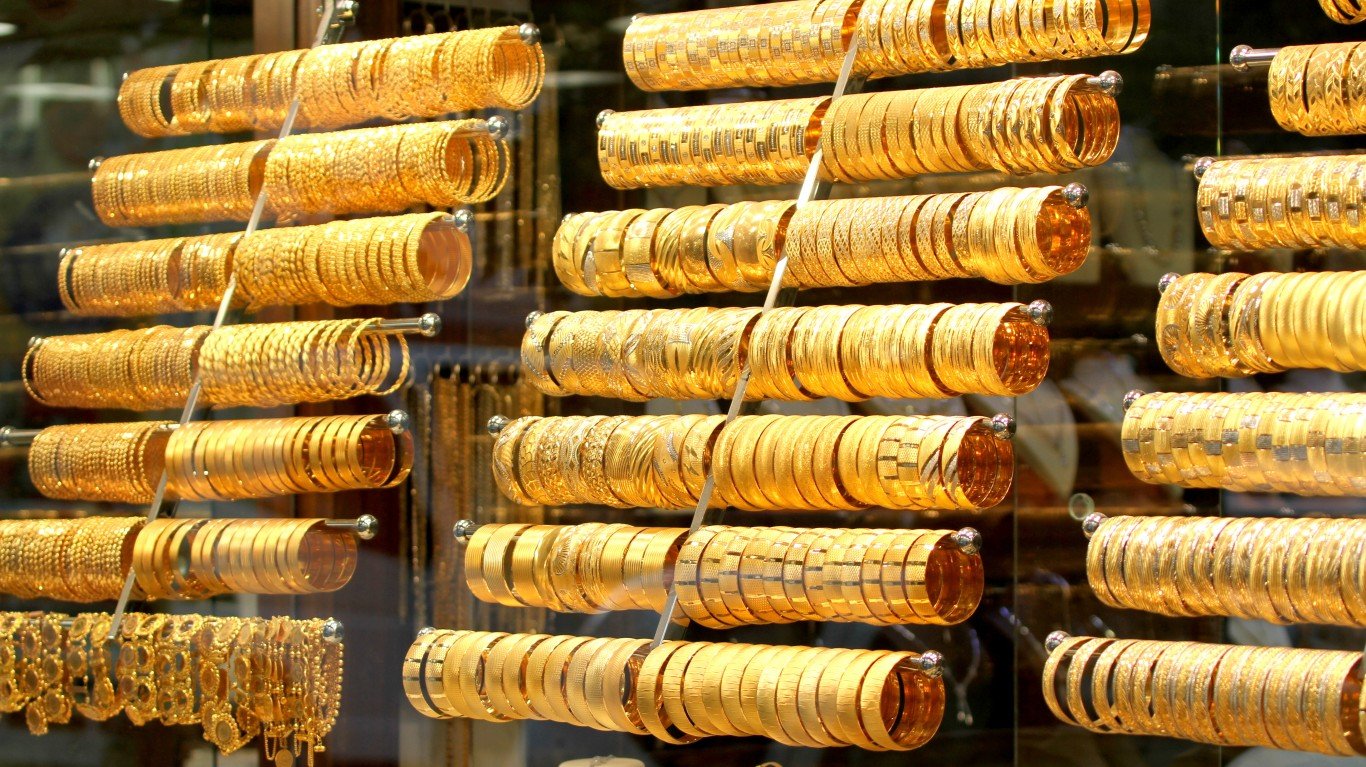 The world’s nations held a combined 35,218 tonnes of gold reserves as of February 2021, up from 34,700 tonnes the year before. Countries hold gold reserves to support their currency in cases of hyperinflation or other economic crises.