Chioma Onyekwere
For the very first time in Nigeria’s history, the country secured not just a medal but gold in the Commonwealth Games Women’s Discus event.
Reigning African champion, Chioma Onyekwere was the history maker on Tuesday night at the Alexandra Stadium in Birmingham as her Season’s Best throw of 61.70m was good enough to earn her the top spot.
Though she was ranked second among the throwers on parade ahead of the final, Onyekwere proved the bookmakers wrong; beating the fans’ favourite to the gold medal.
Aside from Onyekwere’s gold, the current national champion, Obiageri Amaechi, also got on the podium, clinching the bronze medal in this event.
The two medals won on Tuesday night are the first set of medals Nigeria will win in Athletics at the ongoing Games in Birmingham.
It is expected that more medals will be raked in on Day 2 of the Athletics event, with so many finals lined up for Wednesday.
Meanwhile, unlike Monday when Team Nigeria had just one bronze medal to show for their efforts, Tuesday was much better with Nigeria winning all three shades of medals, gold silver, and bronze.
In all, Team Nigeria at the end of Day 5 now has eight medals; three gold, one silver, and four bronze but have dropped to the 10th spot on the medals tables.
Australia still leads the medals chart with a total of 86 medals – 34 gold, 24 silver, and 28 bronze, while the hosts, England are second with 27 gold, 28 silver, and 17 bronze with a total of 72 medals.
New Zealand is third with 24 medals – 13 gold, seven silver, and five bronze
Day 6 of action at the Commonwealth Games will be a busy one for Team Nigeria across several sports.
In athletics, all six Nigerian athletes entered for the 100m men’s and women’s events are all through to Wednesday’s semi-final and will be hoping not just to make it to the finals but also the podium later tonight.
The expectant medalists are Favour Ashe, Raymond Ekevwo, and Godson Brume in the men’s 100m event.
The trio of Grace Nwokocha, Rosemary Chukwuma, and Joy Udo-Gabriel are hoping to be the next Nigerians after Mary Onyali and Blessing Okagbare to win the Commonwealth Games gold medal in the 100m event.
Patience Okon-George, Knowledge Omovoh, and Ella Onojuvwevwo will be starting their campaign in the 400m Women’s event while the trio of Samson Nathaniel, Dubem Amene, and Sikiru Adeyemi are ready for action in the Men’s event.
Mike Edwards will also be vying for a medal in the men’s high jump event later today while the duo of Orobosa Anabel Frank and Kenedy Ezeji have tough tests for a medal in the Women’s Shot Put and Men’s Discus Throw F42-44/61-64 events respectively.
In boxing, Jacinta Umunnakwe, Yetunde Egunjobi, and Adeyinka Benson have quarter-final bouts which if they win put them in good stead for a podium finish in Birmingham.

After the disappointment in the table tennis team event, Team Nigeria will hope for a better showing in the Singles events as well as the Para Table Tennis.
Donate
TEXT AD: Call Willie – +2348098788999

Tommy OkonFederal civil servants under the auspices of Joint National Public Service Negotiation Council have sent a memo to the...

Zoocci Coke Dope Speaks On "Anxiety" & How He Passed The "Freedom Or Fame" Beat To Blaklez With all the...

The Lagos Chamber of Commerce and Industry (LCCI) has called on the Federal Government to begin implementation of measures to...

Daisy DanjumaAfter the announcement of the result of the 1999 presidential election I went to see Chief Olusegun Obasanjo who...

Superior Business Solutions Inc., an innovative IT solutions provider from Florida, USA, with operations in the UAE, Kuwait, Qatar, and Egypt, has become the...

In a recent announcement, Airtel Mobile Commerce Rwanda Ltd have disclosed the launch of its Open API Platform which is...

by To My Sisters
0

HAVAÍC this week announced a US$500,000 investment in FinAccess, an East African headquartered software solutions provider that digitises community banks...

by Hairy and Hungry
0

Twitter says a flaw in its code exposed the identities of certain account holders A flaw in Twitter’s code allowed...

The Electricity Company of Ghana (ECG) yesterday deployed power visibility teams across the country to audit and check on the...

A ceasefire between Israel and Palestinian militants in the Gaza Strip appears to be holding. The Egypt-brokered truce followed three...

Much of Europe is baking in record heat, which has exposed riverbeds and triggered restrictions on water use in many...

China’s military says it is continuing large-scale military drills around Taiwan after its previously announced live fire exercises ended on...

Chad’s transitional authorities and rebel groups signed a peace agreement in Doha on Monday ahead of a broad national reconciliation...

Four soldiers and two civilians have been killed in a militant attack in Mali’s northern Gao region where French Barkhane...

Nigeria’s National Commission for Museums and Monuments has welcomed a decision by British curators to return artefacts that were looted in the...

Division One campaigners Tamale City have earned promotion to the Ghana Premier League, following a 1-1 drawn game with Cape...

by The Organic Chemistry Tutor
0

The Chief of Defence Staff, General Lucky Irabor, on Tuesday claimed that terrorists who attacked a Catholic Church in Owo,...

The Islamic Movement of Nigeria, popularly known as the Shi’ites Movement, on Monday, accused security operatives of killing seven of...

Troops of the 21 Amoured Brigade based in Bama, Borno State, on Monday, raided a secret market operated by Boko...

Operatives of the Ondo State Security Network Agency, the Amotekun Corp, have intercepted two trucks with 168 northern youths who...

Nigeria has moved up on the World Bank’s top 10 International Development Association (IDA) borrowers’ list. In its newly released...

A new meeting between the National Association of Nigerian Students (NANS) and the Ministers of Labour and Employment, Dr. Chris...

Biyi Bandele, the director of the movie adaptation of Chimamanda Adichie’s Half of a yellow sun and Netflix’s Blood Sisters...

These top 10 stories across the nation’s newspapers might interest you. 1. Ex-govs Dariye, Nyame jailed for stealing, pardoned by...

by World OF Stars
0

The new head of the house in the ongoing Big Brother Naija Season Seven, Adekunle, has nominated five housemates for... 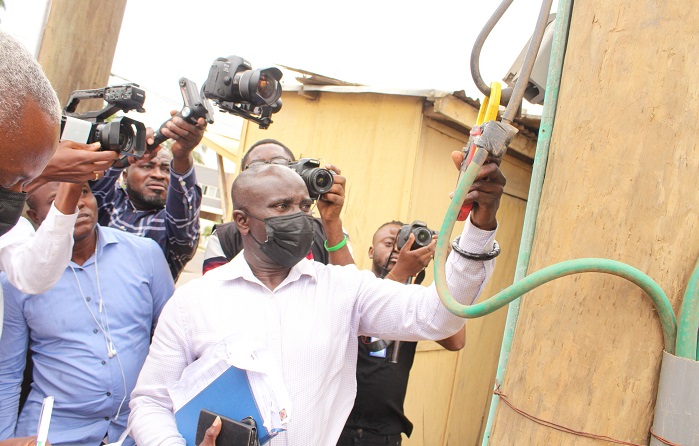