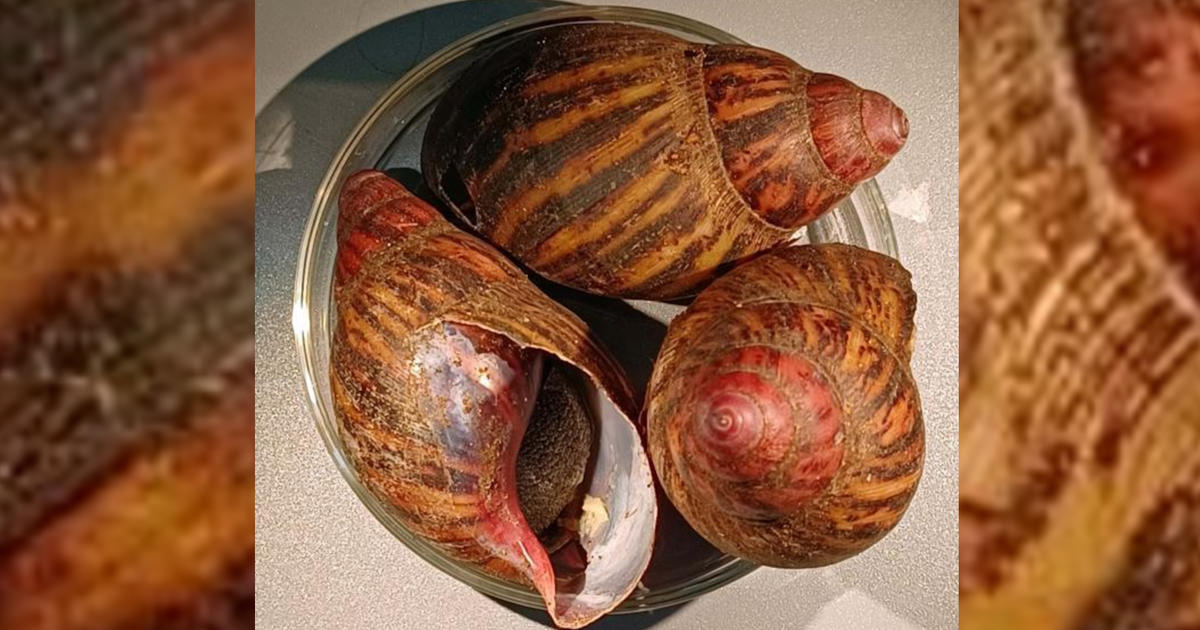 A quarter-pound of beef, fresh leaves and 15 live giant land snails — it’s not a recipe, but the confiscated contents of an airline passenger’s luggage earlier this month. U.S. Customs and Border Protection announced the discovery Tuesday, saying that the snails are capable of causing rare forms of meningitis in humans.

CBP said in a statement that the snails were recovered at the George Bush Intercontinental Airport in Houston, Texas. The passenger who brought the giant land…